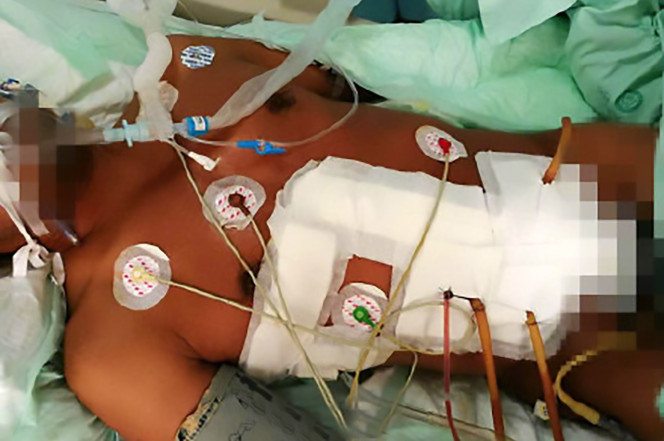 A construction worker has miraculously survived after he was electrocuted, thrown from his workstation and then impaled through the anus by a 4-foot steel bar.

Yang Ming, 37, had accidentally touched live wires on a building site and the shock sent him flying back onto the protruding metal rod.

Rescuers left the pole inside and rushed him to the hospital so surgeons could fish it out.

Ming had to undergo seven hours of surgery at the Sichuan University West China Hospital in Chengdu, capital of China’s southwestern Sichuan province.

Wang Xin, head of thoracic surgery, said Ming was still conscious when he arrived on the ward.

X-ray scans showed the bar missed all his vital organs as it shot up through his anus, stopping just under his right shoulder. 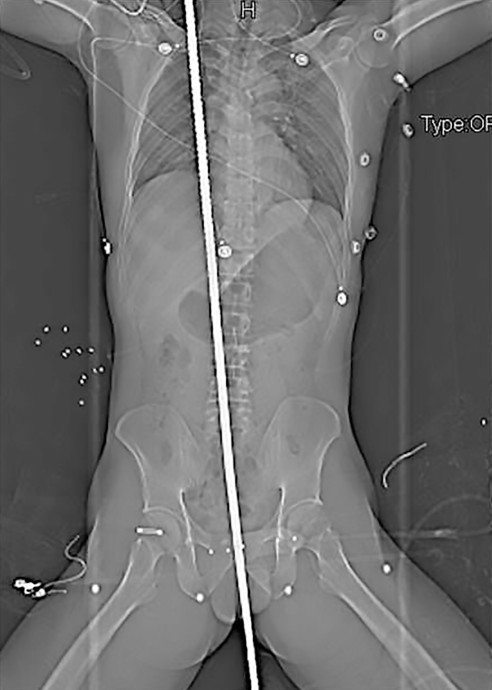 Wang said: “The patient did not show any obvious signs of bleeding in the chest or abdominal cavity.”

“His blood pressure and heart rate were also stable.”

Wang said the metal bar did cause minor tears to his intestines, bladder, pancreas, liver, and lungs, but the tears are not critical.

The team of doctors and nurses slowly removed the whole, 4-foot steel bar from the workman during the seven-hour operation, in which Ming lost just a pint of blood.

Ming is now recovering in hospital after his operation.

Toddler Has Been Diagnosed With HIV, Genital Herpes and Chlamydia From Uncle that Raped...

Woman Who Had Viral Blow Up in The Restaurant Gets Exposed as a Cam...