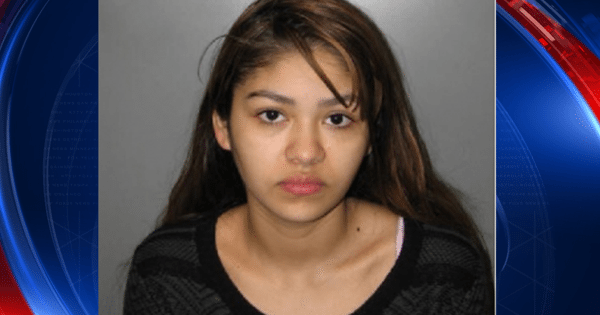 An abusive mother in Maryland is facing serious charges after her 4-year-old daughter ended up in the hospital in critical condition because she kicked the little girl.

According to investigators, detectives from the Montgomery County Police Department – Major Crimes Division have arrested and charged 20-year-old Iris Hernandez Rivas, of the 400 block of Sunny Brook Terrace in Gaithersburg, with child abuse of her 4-year-old daughter.

Authorities say the whole ordeal began around 12:38 p.m. on January 26, when the Emergency Communications Center (ECC) received a frantic call from Rivas.

Rivas immediately requested medical assistance for her 4-year-old daughter, who had reportedly been found unresponsive.

Sixth District officers, from the Gaithersburg City Police Department, and Fire and Rescue personnel responded to the apartment, where they discovered the little girl.

While speaking with investigators later, Rivas reportedly told police that her daughter had started the shower in their apartment around 11:15 a.m.

According to Rivas, after about 15 or 20 minutes, she heard a loud noise coming from the bathroom and immediately ran over to find out what had happened.

It was there that Rivas claims she found her daughter face down in the tub, unresponsive. Authorities say she still waited approximately one hour to call 911 for help.

At this time, it remains unclear why Rivas waited so long to call for help after finding her little girl.

The child was immediately transported to Adventist Healthcare Shady Grove Medical Center in Rockville by Fire and Rescue personnel in serious condition.

According to Fox 5, authorities say the little girl currently remains in the hospital in critical condition, though no further details about her state have been released.

Several reports show that once the little girl arrived at the hospital, medical staff noticed that the child had a slew of painful bruises all over her tiny body.

Soon the hospital staff also realized that the small child had severe head trauma. While Rivas did say that her daughter had possibly fallen in the shower, medical personnel agreed that the trauma may have been the result of extensive physical abuse.

Because of severity of her injuries, the 4-year-old quickly had to be flown to Children’s National Medical Center in DC, where she is still listed in critical condition, according to Fox 5.

When investigators spoke with Rivas on Friday, she reportedly revealed surprising information that she hadn’t divulged earlier.

According to reports, Rivas finally told investigators that around 10:30 a.m. on the day her daughter collapsed, she had kicked the child in the abdomen.

Apparently, Rivas had kicked her daughter with such strong force that the little girl actually fell back and smacked her head straight into the living room wall.

Rivas admitted to police that right after her daughter hit her head, she suddenly seemed very lethargic and out of sorts.

It was after that incident that Rivas said her young daughter went to the bathroom and turned on the shower on her own.

According to Fox 5, several minutes later Rivas discovered her daughter lying face down in the shower, just as she had told paramedics initially.

When asked why she had been so incredibly violent with her 4-year-old daughter in the first place, Rivas reportedly confessed that she had become very angry once she realized that the young girl had not actually brushed her teeth that morning.

Authorities then asked Rivas about the bruises that the medical staff at the hospital had found all over her daughter’s body when she was first brought in.

Rivas reportedly explained that several days before the assault she had decided to strike her daughter with a belt multiple times, though it is not clear why.

After news of the child abuse case broke, several people took to Facebook, where they vented their frustrations about Rivas.

“MONSTER! This woman needs to be kicked in the stomach so she will know how her little girl felt. Praying for this innocent baby’s healing and that she will be placed in the care of loving people who will love and care for her,” Renee Newsome wrote on the Fox 5 Facebook page.

“Being a single father this really hurts my heart to read this. There are so many good people out there who would do anything to have a child but can’t,” Matt Tjaden added.

Woman stabs husband because he did not bring home doughnuts

WOMAN ARRESTED FOR SHITTING ON BOSS’ DESK AFTER WINNING THE LOTTERY

Baby Boy Found in Car Soaked in Urine as Mom, 3 Others Shoot Up...