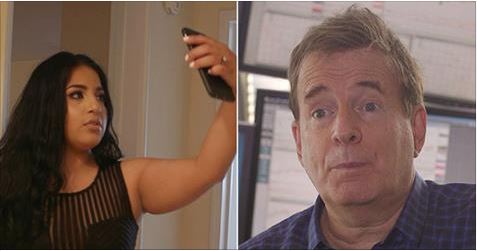 A New York City man dates women he expects to value the size of his wallet — but don’t call him a sugar daddy, a term he hates.

Rob, a 54-year-old commodity broker, says he meets women on Seeking Arrangement, a site that pairs young women with men who are willing to pay for a woman’s company and hopefully more.

Rob — who expects sex out of his arrangements — has a piece of advice for women seeking to stick their hands into his pockets.

Rob said he is seeking a genuine connection with the women he meets on the site and doesn’t mind treating them to the finer things in life in return — to an extent.

Rob sometimes gets messages from girls demanding that he pay them $10,000 per month, a tactic he doesn’t recommend.

“I usually write back ‘LMFAO,’ this is not the way to get a guy,” Rob said.

To find out exactly what Rob is looking for in a woman, The Post followed him on his date with Yasmeen, a 22-year-old real estate hopeful who’s tired of dating broke guys.

“He sounds interesting, like he sounds definitely successful in whatever he’s doing, and he sounds like somebody I would want to date, so hopefully it goes well,” Yasmeen said ahead of the meeting, adding that she’s looking to connect with an intellectual peer.

Rob and Yasmeen rendezvoused at American Cut in Midtown where they enjoyed drinks, dinner, and scarce conversation.

While Yasmeen characterized Rob as having “youth to him,” Rob described his date as a zaftig millennial who couldn’t “pull off” dating an older guy.

“Look, the fact is I don’t know how fat she is, but I think she’s chunky,” Rob said.

Though, if Yasmeen had offered sex — which she didn’t —Rob said he would only turn it down because she’s too heavy.

“Everybody wants to get laid, right? No, but seriously, you go on a date to get laid,” he said.

“The difference here is you have the option of paying for it.”

Michigan man ‘stabbed his five-year-old stepdaughter to death and set her body alight with...