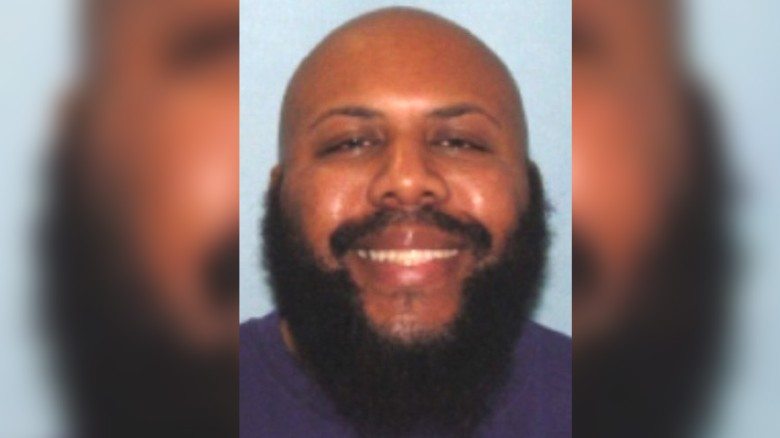 The nationwide manhunt for Steve Stephens has led to a series of dead ends, forcing authorities to scour abandoned buildings and plead for the public’s help in turning in the murder suspect.

Stephens, 37, is wanted for the death of Robert Godwin — a self-taught mechanic and grandfather of 14 who was shot while walking home from an Easter meal Sunday in Cleveland. Video of the killing was posted on Facebook.

More than 400 tips have funneled in from as far away as Texas, Cleveland Police Chief Calvin Williams said Tuesday. Many were reported sightings that turned out to be false.

So authorities have embarked on the dangerous task of searching Cleveland’s abandoned buildings while hoping a $50,000 reward will spur anyone with information about Stephens’ location to come forward.

Through their tears, several of Godwin’s children said they hold no animosity against the suspect.
“Each one of us forgives the killer, the murderer,” Godwin’s daughter Tonya Godwin Baines said. “We want to wrap our arms around him.”
Godwin taught his children the value of hard work. He taught them how to love God and fear God, and how to forgive, his children said.
“They don’t make men like him anymore. He was definitely one in a million,” said another daughter, Debbie Godwin.

Suspect cited anger with his girlfriend

The police chief said Stephens apparently chose Godwin at random.
Stephens’ mother, Maggie Green, said her son stopped by her house Saturday and gave her a cryptic message.
“He said this (was) the last time I was going to see him,” Green said.
They spoke briefly the next day, his mother said. Before Green’s phone died, Stephens told her he was “shooting people” because he was “mad with his girlfriend” of about three years, his mother said.
Later Sunday, Stephens uploaded a video to his Facebook page showing a gun pointed at a man’s head.
Seconds before the shooting, Stephens asked the victim to say the name of a woman believed to associated with the suspect.
“She’s the reason why this is about to happen to you,” Stephens said.
Then, the gunman fires the weapon. The victim recoils and falls to the ground.
Stephens is a black male who is 6-foot-1 and weighs 244 pounds. He was last seen wearing a dark blue and gray or black striped polo shirt. He was driving a white Ford Fusion with temporary license plates, Cleveland police said.

If you see Steve Stephens dial 9-1-1. If you have tips about the crime or his whereabouts please call the FBI tipline 1-800-Call FBI

Stephens claimed on Facebook that he had committed multiple homicides, but police said they had no knowledge of other victims. He has many traffic violations but no criminal record, Williams said.
“Obviously, he’s got deep, deep issues,” the police chief said.

Woman cited by suspect is ‘overwhelmed’

The woman believed to be associated with the suspect has told multiple news agencies that she was “overwhelmed” by the tragedy.

“Steve really is a nice guy… He is generous with everyone he knows. He was kind and loving to me and my children,” she told CBS News.

Williams said police have spoken to the woman, and she is safe and cooperating with the investigation. The woman’s neighbors told CNN that Stephens often stayed at her Twinsburg home with her three young girls. One resident said Stephens was there two days ago, fixing the home’s garage.

Stephens was employed at Beech Brook, a behavioral health agency in northeastern Ohio that serves children, teenagers and families, according to a spokeswoman for the facility.

“We are shocked and horrified like everyone else,” said Nancy Kortemeyer. “To think that one of our employees could do this is awful.”
She said Stephens was a vocational specialist who worked with youth and young adults. He had previously worked as a youth mentor, she said.

Robert Godwin was walking home from a holiday meal with his family when he encountered the gunman on a sidewalk.

My sincere condolences to the family of Robert Godwin, Sr. Mr. Godwin meant so much to so many & will be missed. Praying for peace in #OH11. pic.twitter.com/V2iJ3m69Py

Brenda Haymon, Godwin’s youngest child from his first marriage, said he was the father of 10.
“He lived a good life. He’s a man people should model themselves after,” she said.
Nevermind
Nevermind

‘Stupidity at its finest’ draws warning from cops

Guy attempts to eat an IN N OUT 50X50 burger on Facebook LIVE!

5 Year Old Girl Kidnapped and Murdered by Father’s Co-Worker Who Was Staying With...