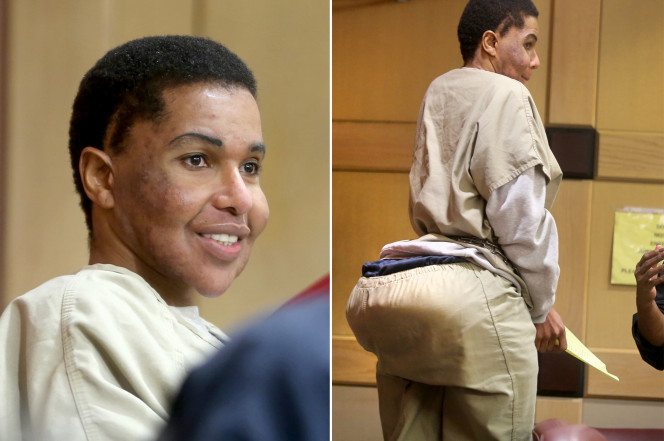 A woman dubbed the “Toxic Tush” doctor will spend a decade behind bars for using Super Glue and Fix-a-Flat tire sealant to enlarge women’s behinds and causing one patient to die.

Oneal Ron Morris, 36, who is transgender, was sentenced to 10 years Monday in Florida’s Broward County court after pleading guilty to manslaughter and injecting several women with the toxic mixture, according to CBS Miami.

Shatarka Nuby, 31, died after receiving as many as 10 injections from Morris between 2007 and 2010. She paid Morris as much as $2,000 for the deadly procedures, the Sun-Sentinel reported.

Morris, who is not a licensed doctor, combined silicone, mineral oil, Fix-a-Flat tire sealant, cement and Super Glue to give women shapelier backsides.

She previously served a year in prison on related charges.

Several of her patients were in court for her latest sentencing, saying they became sick after receiving the bogus injections, which they believed were actually medical-grade silicone.

“You gave us your word that the products you was using was A-1 products. And come to find out they were not,” said victim Kisha Jones. “Maybe in the beginning, but greed really took over, because you was pocketing the money from every victim.”