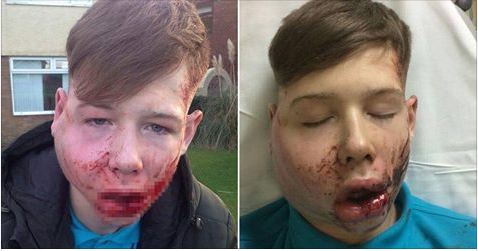 The family of a bullied schoolboy have released shocking pictures of his injuries after he was attacked when he got off a bus on his way home from school.

Pictures show the 15-year-old boy, who hasn’t been named, left bloodied and with huge swelling to the right side of his face after the assault.

He suffered two fat lips and was taken to hospital with a suspected broken jaw after the attack last week.

Family friend Sarah Davies said: ‘Please, if anyone saw anything please tell the police.
‘I’m sharing this with his mum’s permission.’ 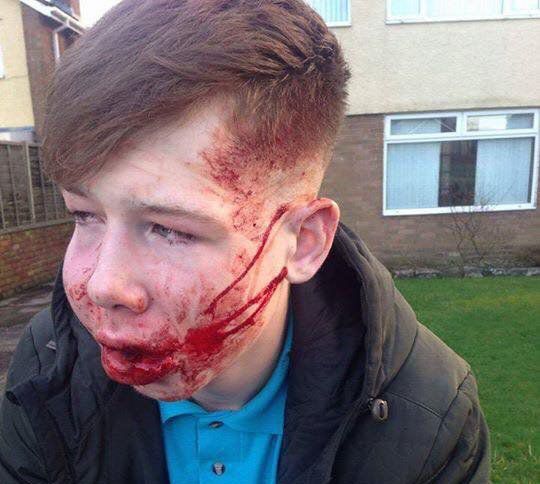 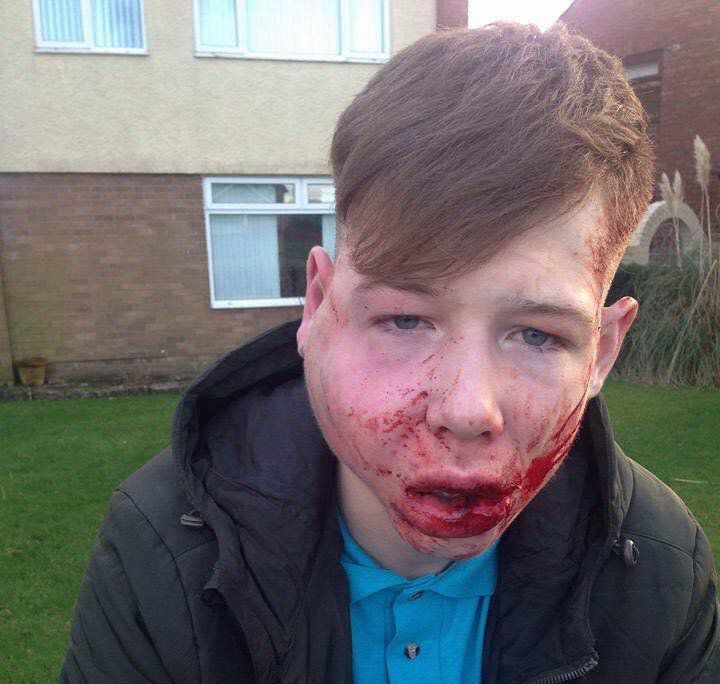 Police are investigating the attack in Bridgend, South Wales last Wednesday. A 17-year-old boy has been arrested and bailed pending further inquiries.

Officers have appealed for witnesses to come forward following the assault last week.

A spokesman for South Wales Police said: ‘Police in Bridgend are appealing for witnesses to an assault on a teenage boy in North Cornelly to come forward.

‘The incident occurred as the 15 year-old victim got off a bus at Woodland Place, at approximately 4pm on Wednesday, February 8, 2017.

‘A 17-year-old boy has been arrested and bailed in connection with the incident.’

Please SHARE, Bullying has to stop. Read other articles here.

Dude Instantly Regrets Wrapping Himself in Firecrackers and Lighting the Fuse