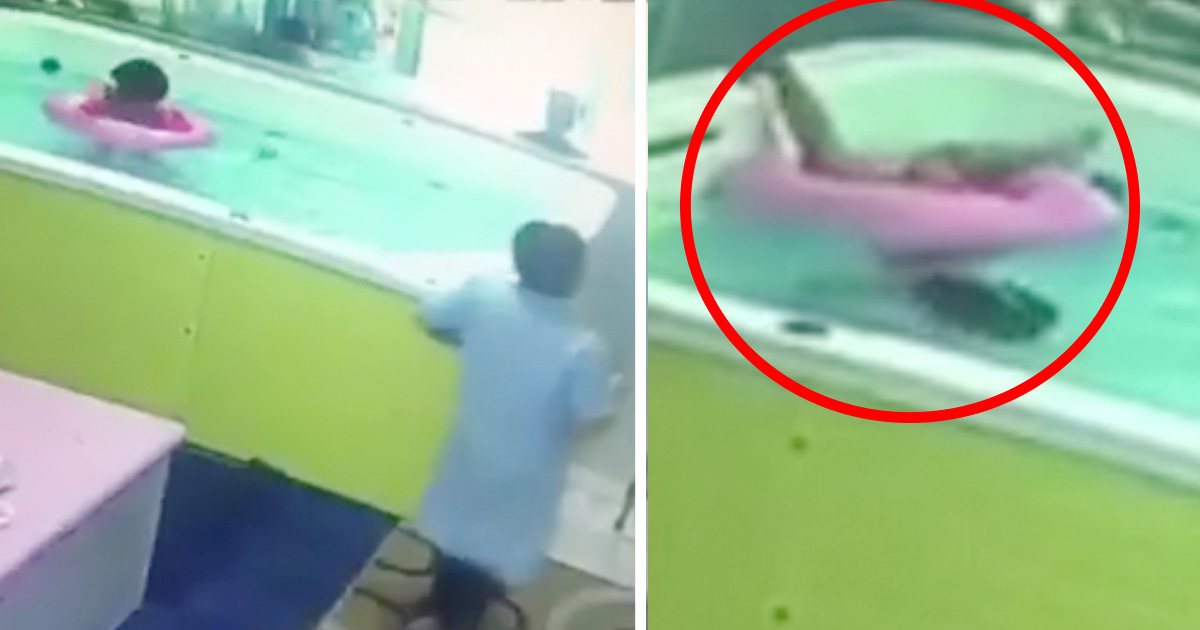 Nobody notices the child in the pool – then a hidden camera captures the horrendous next seconds!

With summer now here, it’s more important than ever to think about child safety in and around the pool, lake, sea.

While most parents are already ultra vigilant about keeping a close eye on their child while they’re swimming or bathing, there are times when we feel it’s ok to look the other way… if only for 72 seconds…

Such as when we have safely put our child in swimming floaters, for example.

But two parents found out in the most horrendous way that floaters do not always keep a child safe. In fact, they can be deadly.

See the story below, but a warning: many might find the images in the video we’ve included highly distressing.

The incident took place at a swimming centre in Zhaoyuan City, in eastern China. A young child (according to most media reports, a boy) is bathing alone in a pool – wearing an inflatable ring.

What a hidden camera captures next is terrifying.

While left unattended, the boy suddenly finds himself accidentally flipped over – and head deep in the water.

He frantically kicks and struggles to get himself back up – but to no avail. This terror goes on for 72 seconds.

It’s then that thankfully, a couple, presumably the parents, but according to some reports, swimming center staff, rush in shock to his rescue.

The young boy was taken to hospital where he is recovering, according to The Mirror. But we can only imagine with horror what a few seconds more could have done.

While this video is extremely unpleasant to watch, it’s also extremely important to spread. I don’t think the child’s parents deserve as much heat as they have necessarily gotten – and I hope we don’t make this story about that.

All parents, whether we want to admit it or not, have brief moments where they may lapse – especially when they think their child is already in perfect safety. And that’s the myth I think we need to dispel.

Inflatable rings are NOT completely safe. Never leave your child unsupervised just because they’re wearing a swimming ring. Please pass this on to warn and remind other parents of this. You never know – your share might save a life.