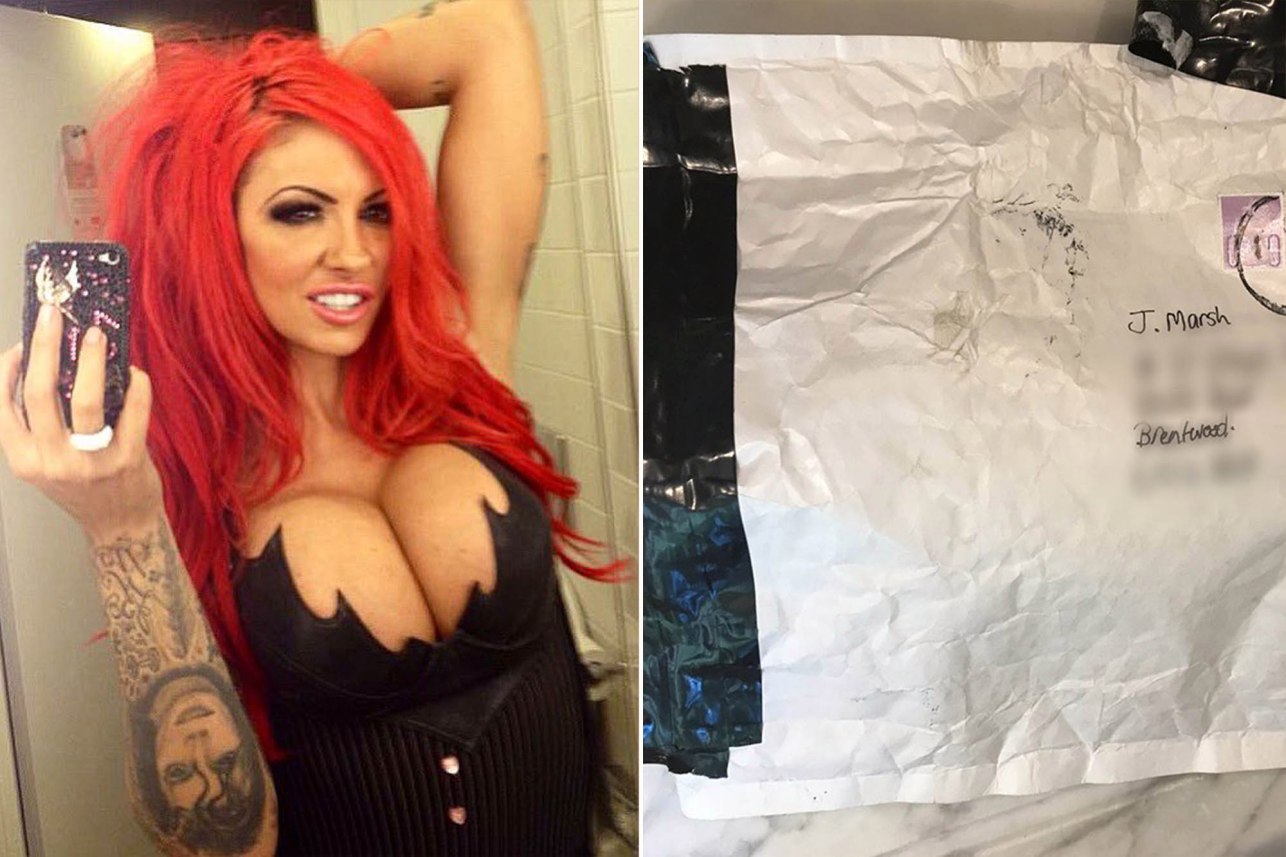 The glamour girl, 38, is strongly anti-drugs and shared both images of both the unopened package followed by its contents on Twitter to prove that the drugs weren’t hers.

She began by writing: “This week I got sent a weird looking parcel in the post to my HOME address. I got my neighbors to help me open it as it looked creepy.

“Inside was “very strong skunk”. I don’t do drugs, never have & am VERY anti drugs; but you can’t mistake that smell.

2/9
Inside was “very strong skunk”. I don’t do drugs, never have & am VERY anti drugs; but you can’t mistake that smell pic.twitter.com/qsMagU710b

“I’ve no clue who sent it to me or why but I have informed the police who are coming to collect it (not even sure I should let them come).

“I am making this public because I don’t trust Essex Police & after being arrested for texting my own husband, who knows what they’ll do.”

She explained how her parents, the postman, neighbors and friends all witnessed her opening the package as she was concerned the police might not believe her story.

The beauty reiterated how anti-drugs she is and urged whoever sent it not to do it again.

She added: “I’m only making this public in case the police try to arrest me for possession or something stupid. Like I said, I don’t trust them.

“Any advice welcome as the police aren’t coming til later & I know I’ve done the right thing reporting it but I don’t trust the police.”

When one of her Twitter followers said they felt sorry for her having to go to such lengths to document the events, Marsh replied: “Yep. This is my life. It’s all part of being in the public eye unfortunately. People get jealous & weird & stalkery & obsessed.”

Just weeks later, the charges were dropped and Marsh issued this warning to her 607,000 followers: “So now you know folks; if your partner owes you large sums of money, don’t text them more than twice as it’s classed as ‘harassment’.”

Mom loses 103 pounds to spite her husband and his mistress

McDonald’s Employee Punches His Manager In Face Twice Before Taking Him Down By The...