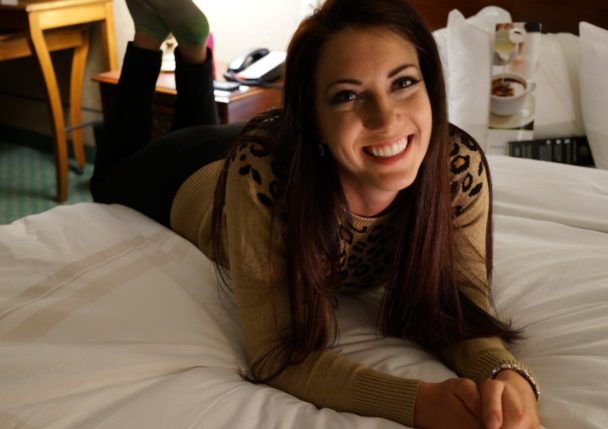 Teacher Who Got Busted For Having Sex With Student Has Switched Careers!

Iowa substitute teacher Mary Beth Haglin was sentenced to 360 days in jail (all but 90 are suspended) after having sex with a high school student. Crime Watch Daily’s Jason Mattera previously interviewed Haglin about the controversy, and noted that she had turned to stripping after her affair made news.

Read more crazy news at but i am just saying

Man Tries to Impress His Date by Leaping Onto Roof, Falls Between Buildings

Mom High on Marijuana Falls Asleep on Baby, Killing Her