A 90-year-old man named Juan Llorens is a familiar figure in the neighborhood of Inwood in Manhattan, New York. Residents of the area have known him for decades. They describe Juan as a friendly man who goes around with a shopping cart to pick up bottles and cans for recycling. Other refer to him as the neighborhood’s resident “grandpa.”

One day, Juan was going just around the neighborhood as usual. However, as he pushed his shopping cart on the sidewalk, a young man carrying a cane suddenly charged at him. After kicking Juan’s cart, the young man proceeded to hit the 90-year-old in the head with a cane. Although bystanders were initially shocked, some of them tried to get hold of the man who had hurt Juan.

The closed-circuit television (CCTV) footage of the attack were promptly turned over to the police. Thankfully, some footage clearly showed the attacker’s face. The cops immediately went on a hunt for Juan’s attacker. It wasn’t long before the police had him custody. He is now being charged with two counts of assault. 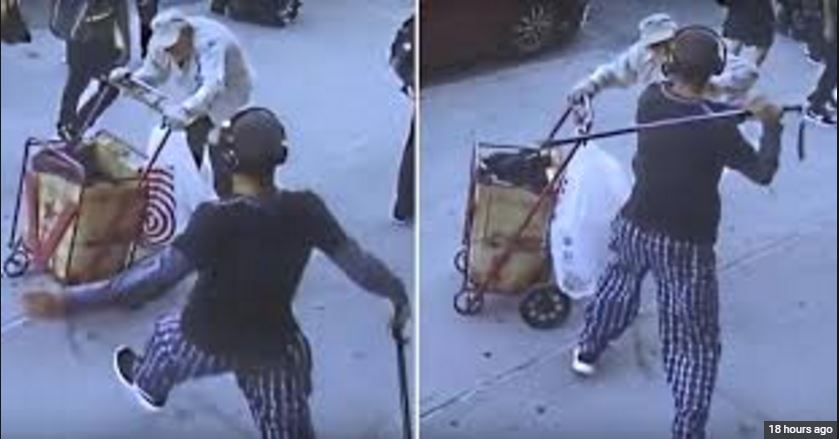 Meanwhile, Juan is now deaf in one ear because of the attack. Still, he remained in good spirits when he was featured in the news. He said he had no idea why he was attacked. Nevertheless, he thanked everyone who helped him. He also said that the incident won’t stop him from doing his usual routine.

Netizens were amazed at how Juan managed to remain standing despite being attacked. They were even more impressed by his attitude after that. Not once did he proclaim himself as a victim.

Juan Llorens spoke about his ordeal without any anger.

Is ‘hot’ 4th grade teacher causing a distraction in the classroom?