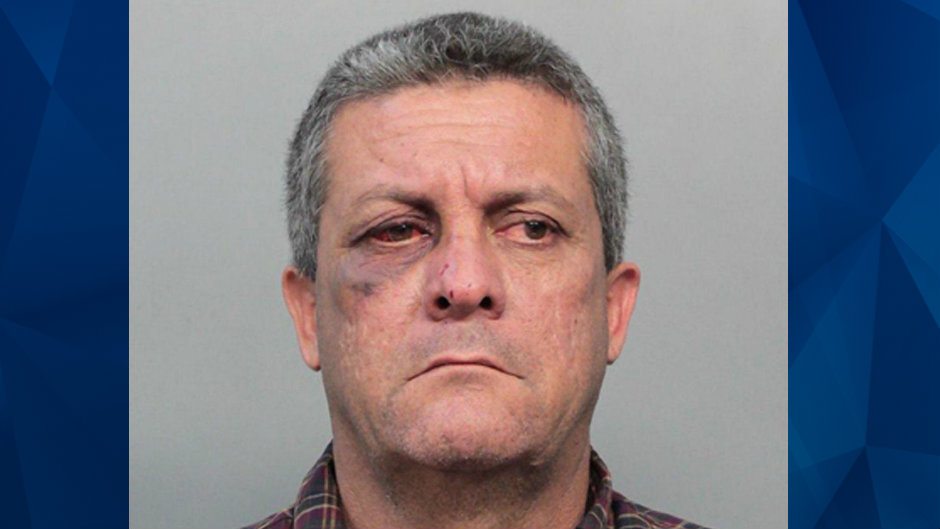 Florida man tries to run over boss with car!

A Hialeah, Florida man recently fired from his job, decided to exact revenge in a plot to stab and run over his former boss.

New York Daily News reports that Irelio Reyes Osorio, 52, was fired from his job after reportedly drinking while on the job.  Osorio allegedly went into a fit of rage and demanded that his boss, Reynaldo Mendez, pay him for the two prior days worked. According to the police report, Osorio sent his former employer numerous threatening text messages.

Mendez agreed to meet Osorio at a local restaurant to discuss the situation. When the victim arrived, Osotio immediately lunged at him with a knife. Osorio chased Mendez through the parking lot, managing to cut him on the arm and chest. The victim threw a rock at the suspect, which angered Osorio further.

According to Hialeah PD spokesperson, Carl Zogby, the victim picked up the rock in self defense.

“Two men who wanted to settle a dispute the old fashioned way, I guess. Osorio jumps out of his black pickup truck with knife in hand, wielding it. The victim tries to kick the knife out his hand and then runs for his life. (He’s) able to pick up a rock, defend himself.”

Both men got back into their vehicles, and as the victim drove away, Osorio allegedly sped up and crashed his truck into the victim’s work van. The impact sent Mendez crashing into a fence. Surveillance showed Osorio reversing his truck and speeding forward, crashing into Mendez again. Osorio finally drove away. Mendez suffered minor injuries.

Mendez didn’t file charges against Osorio, but a nearby warehouse manager showed police the surveillance footage after his fence was damaged. Osorio was subsequently arrested on Tuesday. He remains at the Turner Guilford Knight Correctional Center with no bond. He’s charged with attempted first-degree murder.

Teen charged with lying about being raped by college football players

Man stands under loose sign for two days hoping it’ll fall on him so...

Police Visits Home After Three Kids Are Not In School For Months. When They...