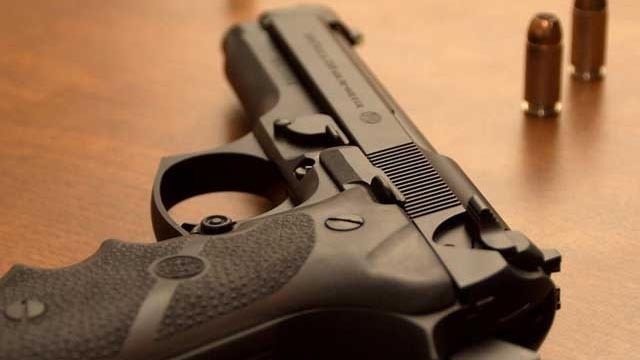 A Florida man accidentally shot himself in the penis after sitting on a gun ― and local reports say he may now face criminal charges for possessing the firearm in the first place.

A woman told police that her boyfriend, 38-year-old Cedrick Jelks, unwittingly sat down on a loaded gun in the driver’s seat of his car early Friday morning. The gun reportedly went off, shooting the man in the groin.

Jelks, whose car had been outside his girlfriend’s home, dashed into the house and made a beeline for the bathroom, reported WKMG-TV. Jelks’ girlfriend said she took him to a nearby hospital where he underwent surgery. His condition is currently unknown.

According to WJXT-TV, police arrived at the hospital at about 3 a.m. to investigate the cause of the wound. Jelks, they determined, had a previous conviction for cocaine possession, making it illegal for him to own a gun.

He may now face criminal charges for possessing a firearm, the sheriff’s office told The Associated Press.

According to records from the Jacksonville Department of Corrections, Jelks has been arrested on several occasions, most recently in 2009 for driving under the influence.

4-year-old dies 1 week after swimming in pool, when doctors realize what happened, they...

3-year-old fatally shot himself while playing with gun