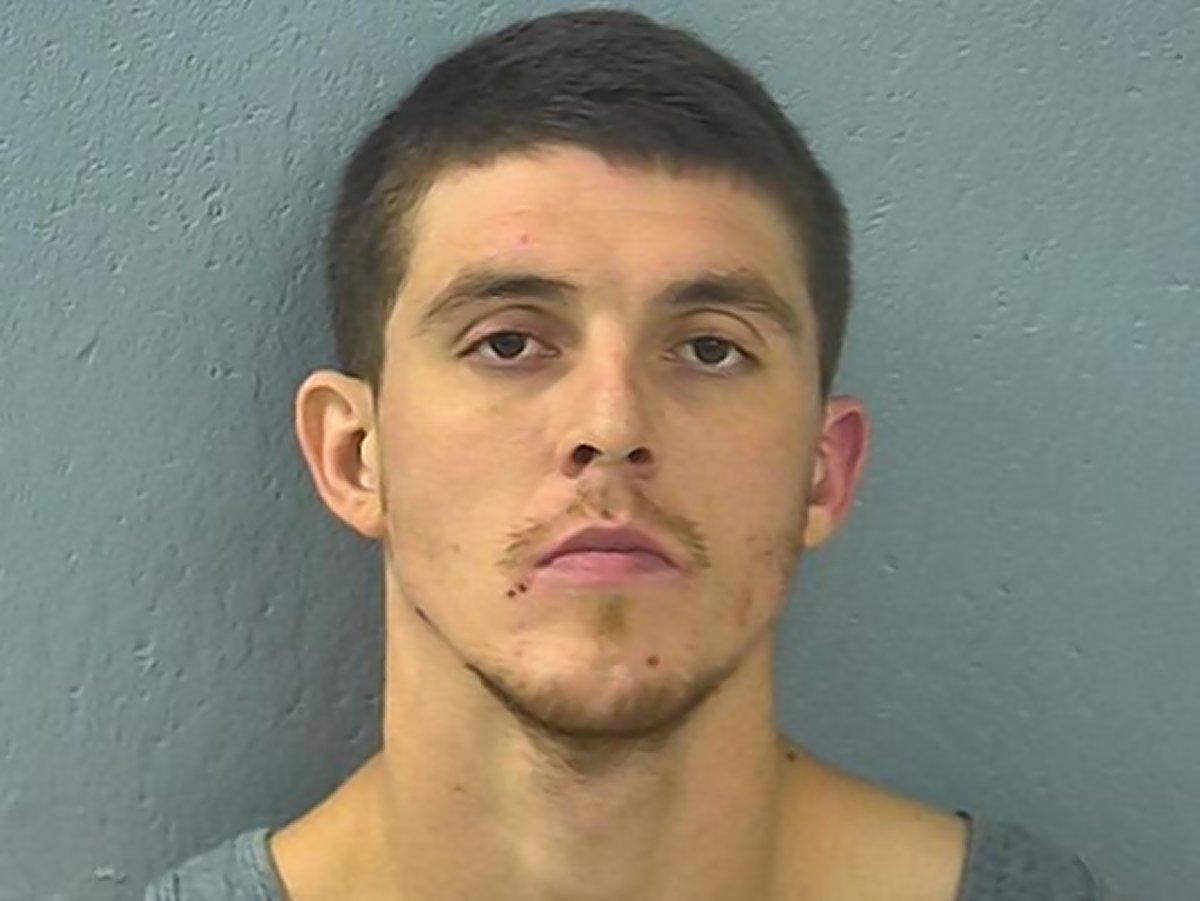 A Missouri man awaiting a rape trial allegedly shot his girlfriend by accident, then blamed it on a mysterious Black man police believe he made up.

Aaron Zumwalt, 28, was visiting a friend’s house in Republic, Mo., with his girlfriend when the woman said she suddenly felt a sharp, aching pain in her leg, according to court documents cited by the Kansas City Star. That’s when she looked down to see blood soaking through her shirt near her navel and realized she had been shot.

Zumwalt rushed his girlfriend to Cox Hospital early Sunday — after putting down a floor mat so she wouldn’t get blood on his seats —  and told police he was at a friend’s house when an unknown 6-foot-3 Black man pulled out a gun and shot his girlfriend out of nowhere, the Springfield News-Leader reported.

That’s not how his girlfriend remembers things, however. In fact, she nor Zumwalt’s friend ever mentioned the presence of a Black man to police.

The woman, identified in court documents only as B.M., told police that Zumwalt was sitting next to her at the time of the shooting, which preceded a verbal argument. Authorities said she suffered severe injuries to her stomach, right hip and buttocks.

“B.M. made elusive statements that Zumwalt was the individual with the firearm in his possession when the firearm discharged,” the police wrote.

Zumwalt, a convicted felon out on bond in a rape case, was ultimately charged with unlawful possession of a firearm and making a false report.

In a later interview with police, the 28-year-old began crying and said he was afraid to lose his freedom because his baby was due in three short weeks, according to court documents. Police noted that another woman, not B.M., is the mother of Zumwalt’s expected child.

A detective at the jail told the Missouri man the shooting appeared to be accidental, to which he nodded his head. When asked if he wanted to talk more about it, Zumwalt told the detective he was “f-cked” and motioned to his ankle monitor.

In 2016, he was charged with two counts of second-degree rape, sodomy and three counts of domestic assault, according to the newspaper. He posted bond in May and is scheduled to appear for his rape trial in late January 2018.

Zumwalt is currently being held at the Green County Jail on $100,000 bail.

Teacher Avoids Prison Despite Confessing to Having Sexual Relationships with Students